Most drivers in Texas encounter an accident in their area at least once a day. In fact, according to the Texas Department of Transportation, there was one reportable car crash every 59 seconds in 2017. One person was injured every 2 minutes and 4 seconds, and one person was killed every 2 hours and 21 minutes. While 2017 showed a modest drop from 2016 in the percentage of accidents, the numbers are still not encouraging and indicate that driving is a dangerous activity in Texas. The Corpus Christi car accident lawyer with Carabin Shaw is aware of these risks and are here to help accident survivors seek the restitution they deserve.

While negligent or distracted drivers cause most car accidents, reckless driving is also a major factor in Texas crashes. Examples of negligent driving include unsafe lane changes, failure to yield, running a stoplight or a stop sign, and rear-ending another vehicle. Examples of reckless driving include speeding, racing another car, and driving under the influence of alcohol or drugs. If the court finds a driver guilty of negligence, he or she might have to compensate the injured party for property damages, medical expenses, pain and suffering, and loss of income. If the negligent driver was also reckless, he or she might have to pay special damages in addition to the concrete damages listed above.

Though a unique set of circumstances precipitates every car accident and results in different injuries, losses, and damages, the Carabin Shaw car accident lawyer in Corpus Christi know that there are some common factors that contribute to car crashes, which include: 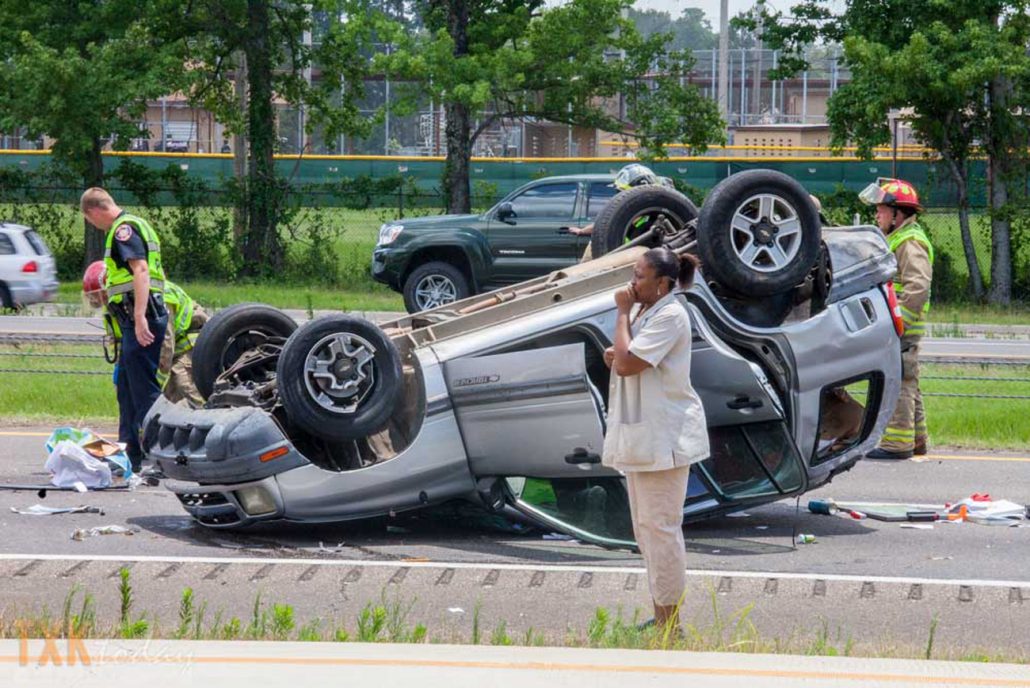 To receive more information about car crash causes that can result in restitution, be sure to reach out to a Corpus Christi car accident lawyer with Carabin Shaw.

Because car crashes are unpredictable, the types of injuries sustained in a car accident are varied. Vehicle speed, the cause of the impact, the weight of the vehicles, and the angle of the crash are all factors that determine what a person’s accident-related injuries will look like. That said, the following types of injuries are most common in car crashes:

Car crashes put a tremendous amount of strain on the body and may increase travel-related anxiety. Serious accidents may result in emotional distress or post-traumatic stress disorder. If you have been involved in a serious accident, the Corpus Christi auto accident injury lawyers with Carabin Shaw can help you get justice by seeking redress for these injuries.

At Carabin Shaw, we promise to represent you passionately and aggressively. We guarantee that your initial consultation will be free, and we will not charge you unless we win your case.

Tap Here To Call Us